When the Holiday Season Is Difficult: Secrets and Seasons of the Journey

When the Holiday Season Is Difficult: Secrets and Seasons of the Journey

Holiday Seasons can be difficult.  When you hear, “Secrets and Seasons of the Journey,” what does this mean to you?  December is a season filled with many family and religious traditions.  For many, this season can bring angst given past abuse.  This month’s guest blogger is Rev. Mary Frances Comer, member of Survivors to Thrivers Advisory Team.  May her sharing the complexity of Michelle’s story bring you comfort and hope during this season.

Decades. Sometimes it takes decades to come to a place of reckoning with a trauma-filled past. Some remember how we were victimized and wish we didn’t; whereas, others actively seek to remember but experience blocks. This is how our own systems seek to protect us. Yet, “the body keeps score,” (The Body Keeps the Score, Bessel Van Der Kolk, M.D.), and we often deal with the physical ramifications of guarding secrets we don’t know we keep. Along the way, survivors often deal with families or institutions who encourage the secret-keeping.

As a minister, it pains me to say that many of the stories survivors have shared with me happened in a context where safety should be a given–in one’s own home, perhaps with a parent or other close relative as perpetrator or even in one’s own religious institution or community. A father. A police officer. A deacon at church. A trusted minister. A priest. A teacher. A Spiritual Director.

The evils of abuse and manipulation are multiplied exponentially when that abuse is perpetrated by one who has vowed to protect us. Anyone who seeks to cover up their own crimes or the crimes of others (e.g., childhood sexual abuse, sexual harassment at work or elsewhere), is complicit in what I grapple only slightly with calling the most unforgivable of sins. Somehow, too often, these crimes go unpunished, and the victim is left to pick up the pieces. 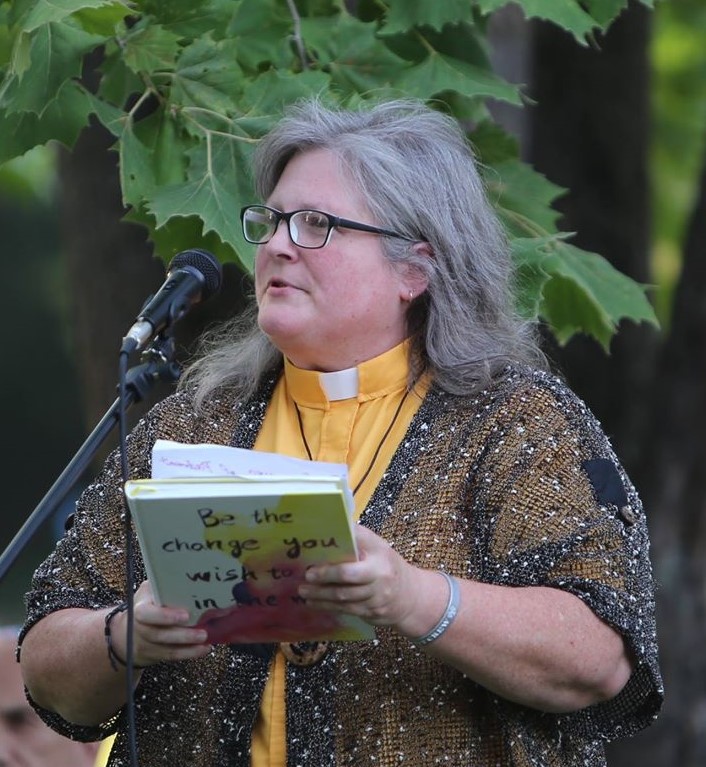 “When a person in a leadership position, especially in the context of your religious tradition, betrays your trust, it can be difficult to continue along your faith path. The impact on one’s spirit and spiritual journey cannot be overstated.”  Rev. Mary Frances Comer

Today, I write to share one story where the concept of God and forgiveness was used by a minister and a perpetrator to sweep years of abuse under the rug. This happened in Memphis, Tennessee. The sexual abuse began very early in the life of someone we’ll call Michelle. The abuser was the child’s father who also happened to be a police officer. The mother had ignored her child’s early attempt to share what was happening (as is often the case); thus, the abuse continued for years. It is important to note that I share this story with permission.

Near the end of her senior year in high school, Michelle finally told the secret. She didn’t want to go back home. One final attempt at sharing with her mother ended badly. “Come home now, and forget about all this. Someone has brainwashed you…or go live with someone else!” A meeting was called with the parents and the minister of the church. The family was deeply entrenched in fundamentalism, and their minister was viewed as an authority figure. The minister, Pastor Charles, asked the father if he had “taken care of this.” “Is this under the blood?” Meaning, had he asked God’s forgiveness. “Oh, yes,” Rick responded. Then the minister turned to Michelle: “Then you need to pray about this, and go back home. You cannot disobey my authority.”

I was in the room during this conversation as a teacher at the school where Michelle attended. The minister was my employer at the private, religious school called Thrifthaven Academy. I noted that Michelle was turning 18, and she had asked that charges not be made, but under normal circumstances, we would be calling the police, and the father would be removed from the home. It wouldn’t have been the first time I had called authorities to report abuse in the few years I had been teaching.

During the course of the meeting, the responsibility was placed squarely in the victim’s lap. The victimizer blamed his child: “You probably don’t remember, but it all started with your curiosity.” The minister placed the burden of moving forward on the young survivor: “Michelle, I understand what you’re going through,” said the pastor, “because I was kicked once as a child. You need to pray about this, and go home.”

I suddenly felt lightheaded. My head was spinning in disbelief at these comments. The minister then asked me to tell Michelle to return home with her parents, reminding us once again of his status: “If you don’t force her to go home now, you’ll be disobeying my authority.”

There was really no choice in that moment. I was employed by this fundamentalist institution, teaching at their private Christian school. “I resign effective immediately,” I said.

While his life continued on, uninterrupted, the tentacles of Michelle’s childhood abuse were reaching into her early adulthood, and we couldn’t have imagined what would happen next. As she dealt with illness and stomach ulcers, letters were sent from the church to both Michelle and myself, noting that we had been officially excommunicated and removed from the church roll in a public service.

Excommunicated for what exactly? For truth-telling? The word “stunned” doesn’t really capture the impact of a young person being ritually removed from a church where their father, a child molester, was still welcomed.

Thirty years later, Michelle continues to search for truth and meaning in a religious paradigm, but she struggles with the hypocrisy she witnessed and with the pain and cruelty of being shunned and rejected from the church of her childhood. I eventually left teaching to become a minister and have heard many stories of abuse taking place at the hands of religious leaders.

Unfortunately, perpetrators often go unpunished and often seek to blame their victim(s). They are skilled at manipulation which often includes a twisted version of God or religion.

These decades later, Michelle and I still keep in touch. I had the privilege of officiating at her marriage. When we discussed this article, I asked what message she’d like to hear. With thoughtfulness, she replied: “I’d want to be reminded that there are seasons in life. This season will pass. It has taken me thirty years to even begin to express my anger and tell my truth. I want people to know that a better life is possible. Healthy relationships are possible.” She said she’d like to ask Pastor Charles if he has any concept of how cruel it was to excommunicate her from church while he was complicit and protective of her abuser. 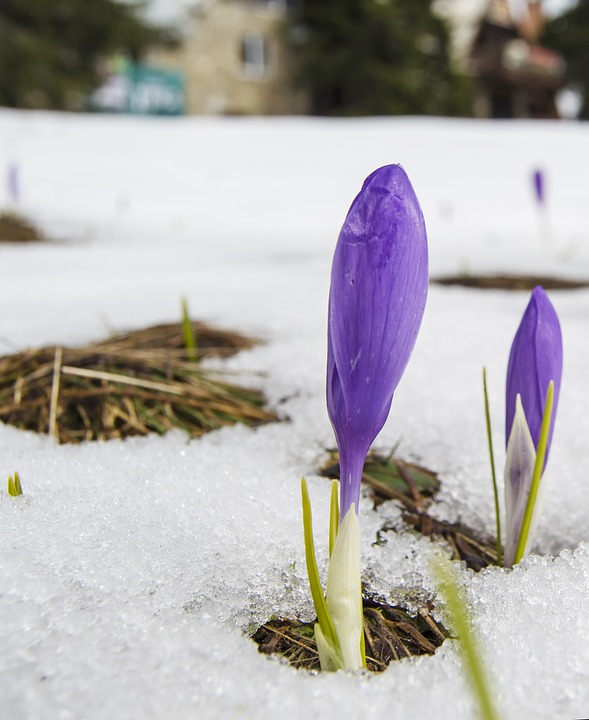 Her comments reminded me of the Survivor to Thrivers vision of “guiding survivors of abuse and trauma to find strength and freedom by examining limiting beliefs and claiming a whole-hearted, life-giving Going-Forward Story.”

Michelle was, as many of us were, filled with limiting beliefs about ourselves and ultimately even about a God we thought we knew. In her story and in mine, God and religion were used as tools of oppression. Fortunately, there are supportive, light-giving religious communities out there who remind us that the shame or guilt often felt by survivors is misplaced. As a minister of an affirming religious tradition, my message to you, dear Survivors, is that you can thrive.

Take good care of you, and know that we hold you in our hearts this season.

This blog is an excerpt from the work of Rev. Mary Frances Comer who was on the founding advisory team of Survivors to Thrivers. She served as an educator prior to becoming a Unitarian minister. 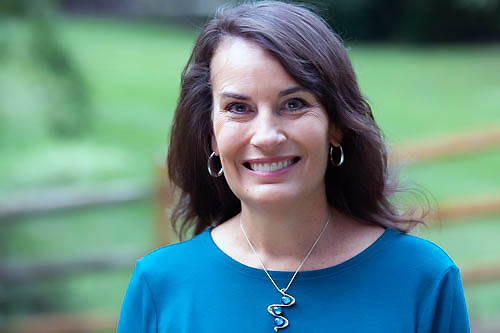 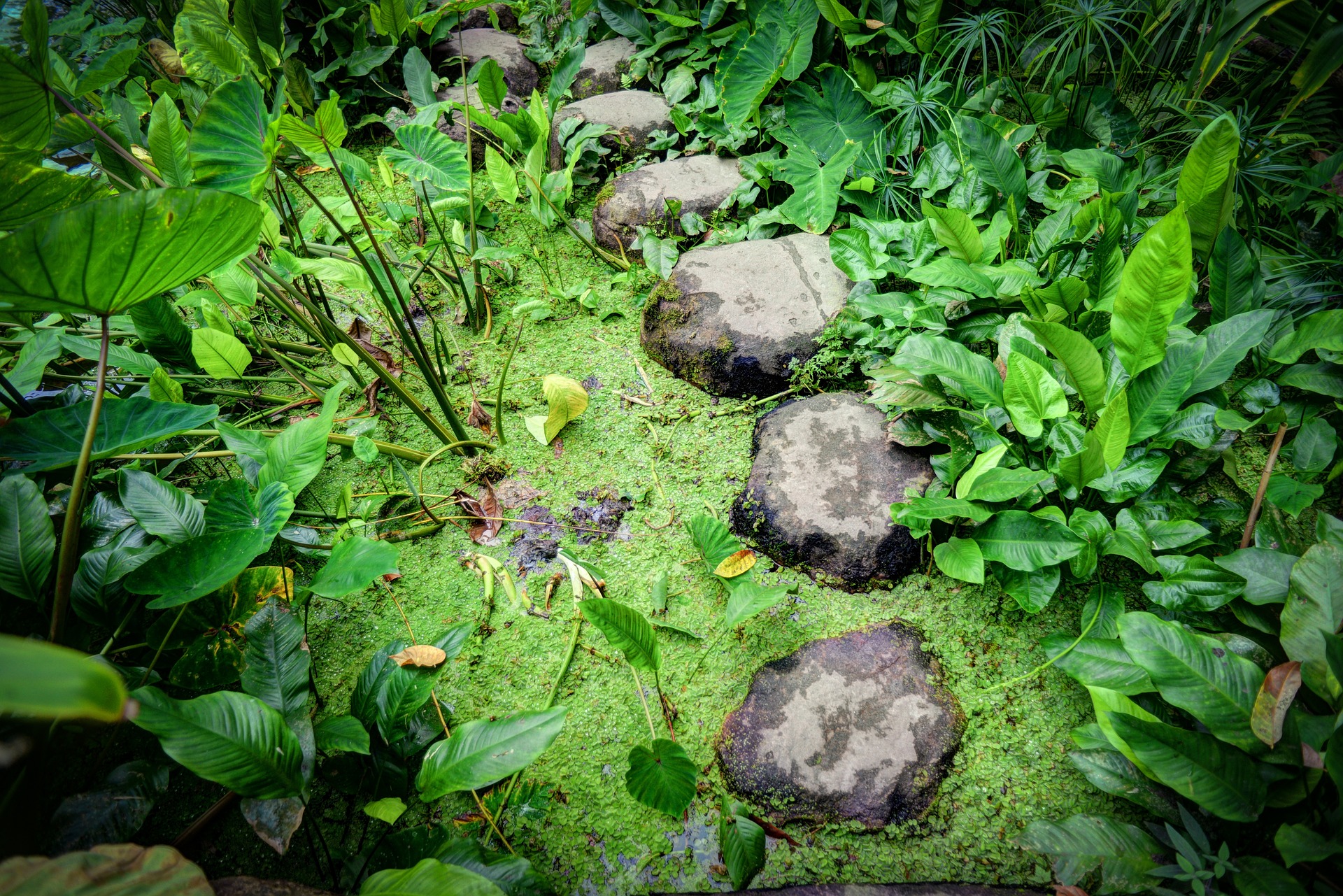 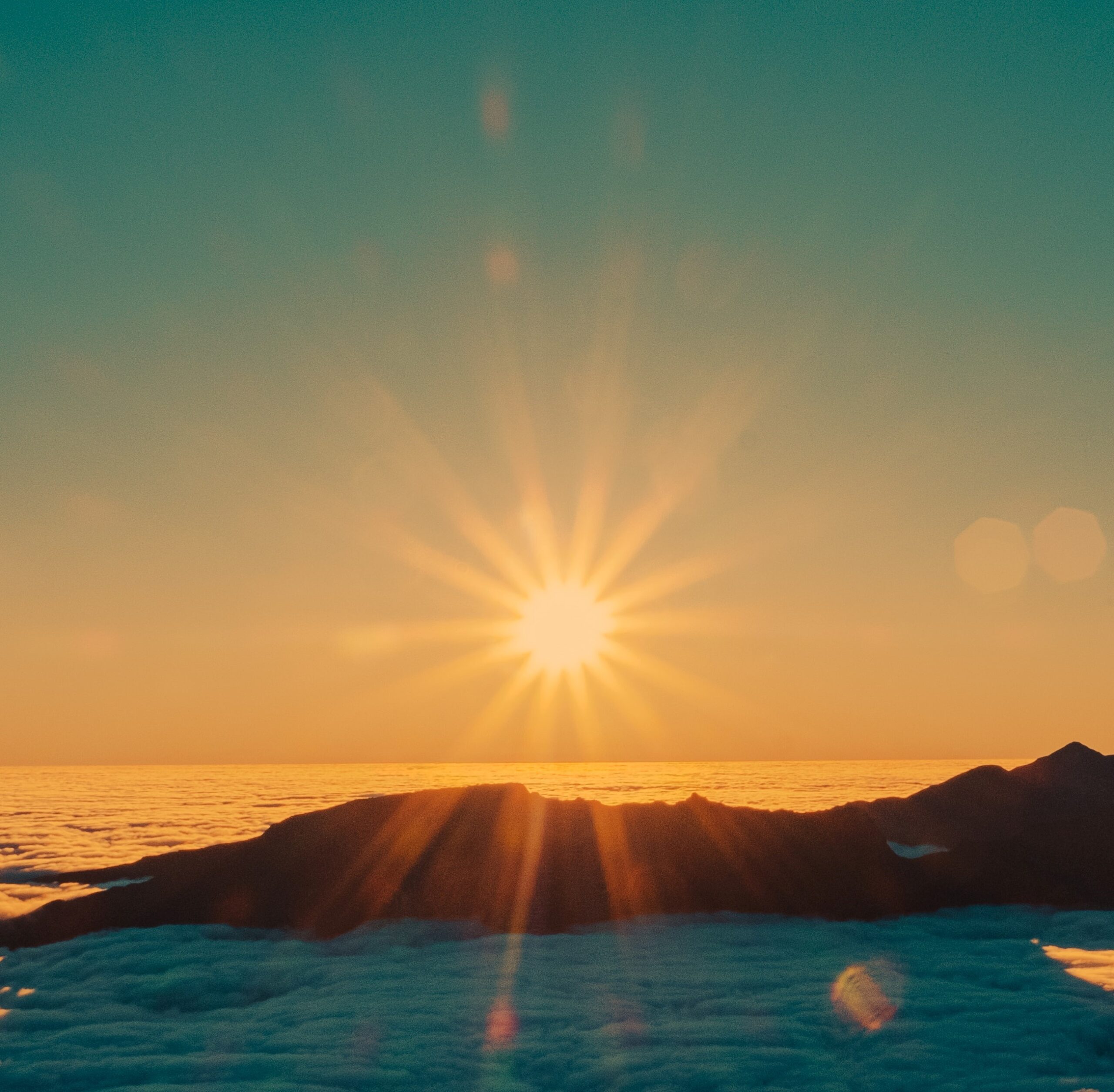 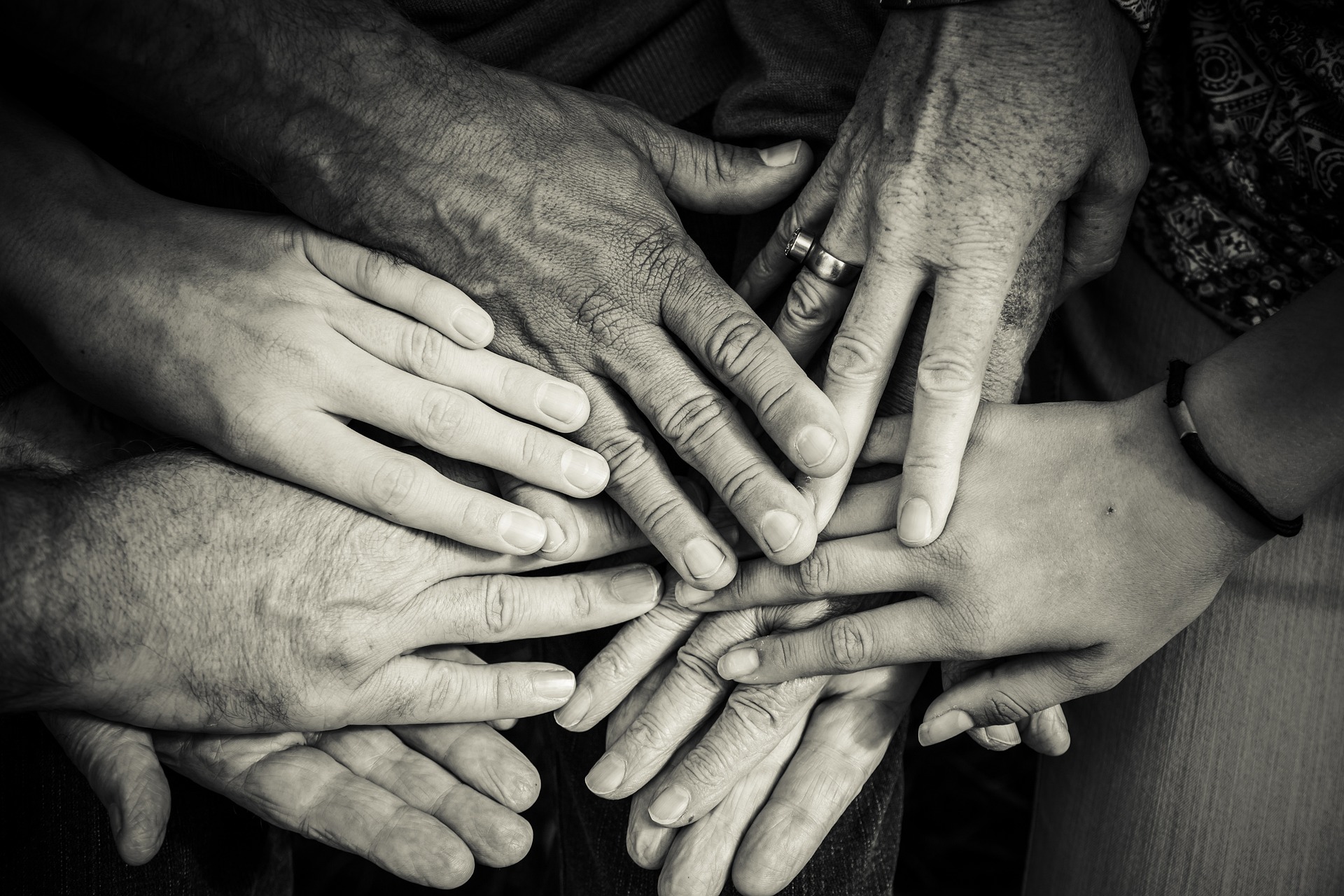 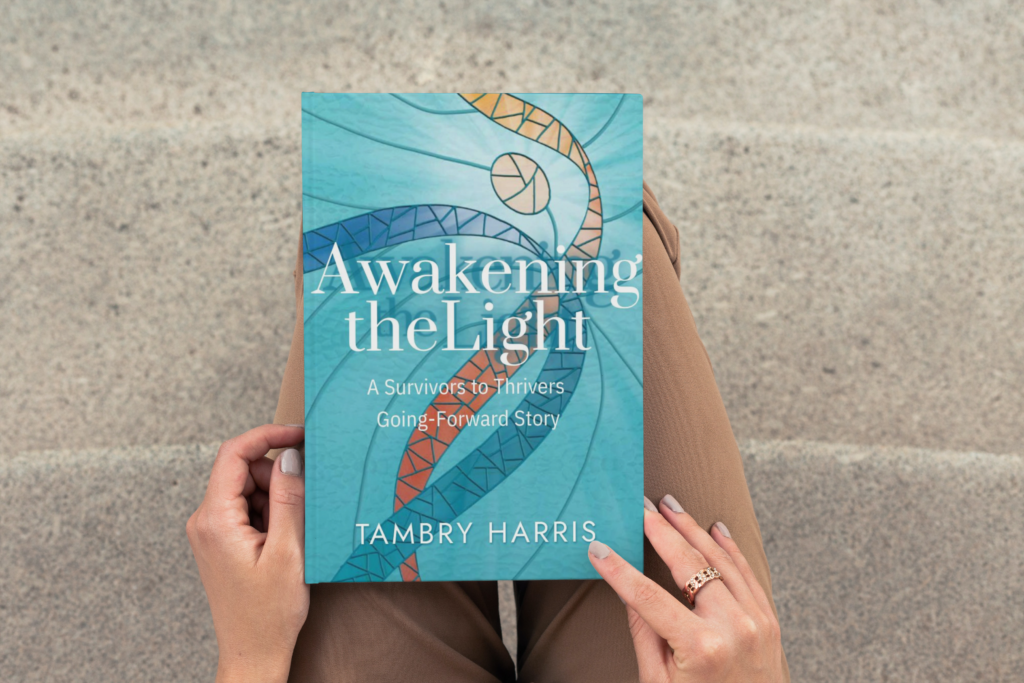